How to get there

This popular mile and a half of wide clean sands runs from the pier down to Torrance beach, there is no clear dividing line between the two. Starting at the Redondo Beach Pier, with its collection of both fun and touristy attractions, the beach runs past the Historic Library building the Veterans Park down the coast.

There are plentiful beach volleyball nets set up along the beach from Topaz Street down to Know Hill Ave. and it is common to see groups practicing their volleyball moves here, though they are less professional than over on Manhattan Beach.

The road is high up above the beach and there are sloping paths, some steep some not so steep, that run down to the sands next to the lifeguard first aid posts.

Plentiful street parking is available that is sufficient on normal days, but during weekends and holidays it may get too busy and you'll have to park some way inland and walk to the beach.

While sitting on the beach the grassed slopes are behind you with the sea in front and you feel quite away from the road even though it is actually quite close. 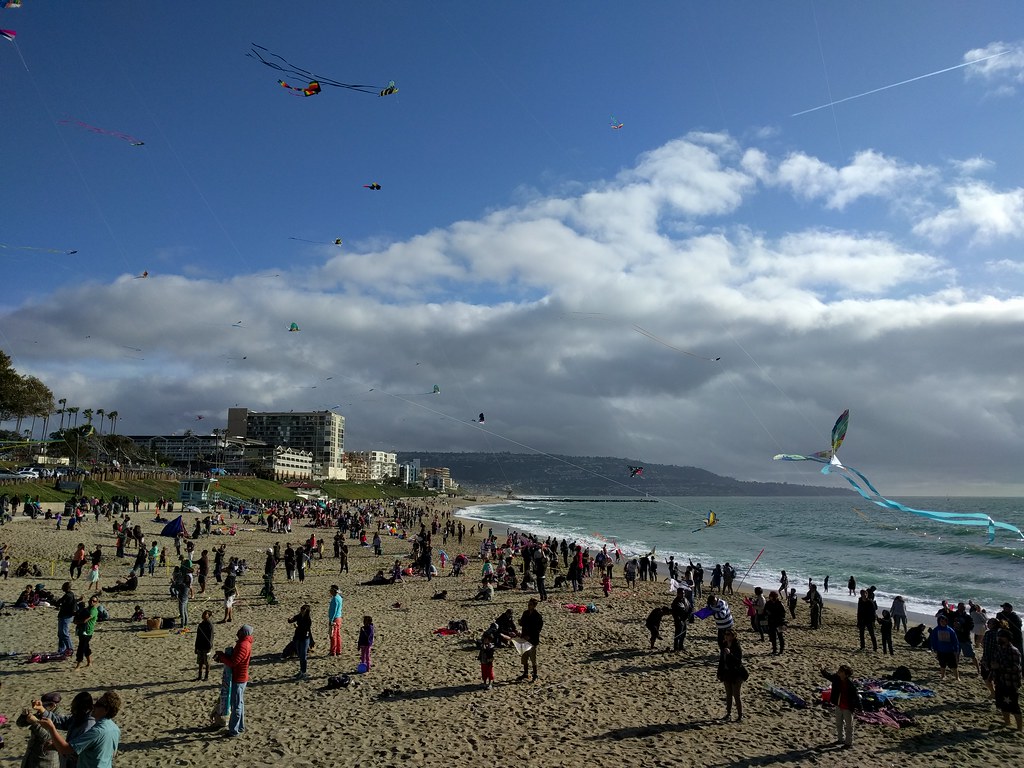 Food: Restaurants on and near Pier, and many places along the coast.  Try "Snacks on the Beach" which does sandwiches, salads and soups as well as organic drinks.

Lifeguards are on duty during daylight hours.

Here is Redondo Beach on the map.

While most people visit the beach just for a day of sand, sun, surf and fun, there are actually many interesting attractions all within easy reach of the beach. So if you want to combine some activities in a day in the area, or simply want to allow some members of your group to do different things, then consider some of these nearby attractions.

Point Dume - At the end of the beach, visible as you look all the way to the left while facing the sea, Point Dume is a rocky promontory that juts out into the Pacific Ocean. The point, a long bluff, forms the northern end of the Santa Monica Bay. It is most interesting as a rock climbing location as the rocking mound forms a natural climbing wall with very moderate single pitch rock climbing routes that are perfect for the beginner or training, or simply for those simply wishing to try out natural rock climbing.